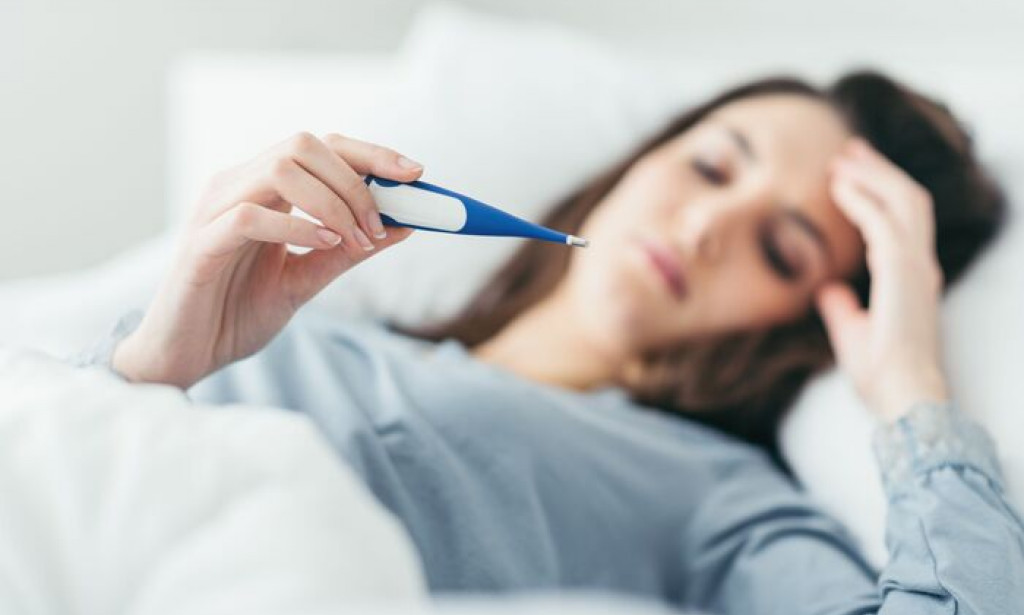 How to treat Fever?

we will talk very quickly about a sign and not a disease in its natural, which is “the Fever”, and we will not delve into its causes because anything in our world can raise person’s temperature, but we will take the topic in a general view, let’s go.

To say “Fever”, we will simply say: Do you know how to measure temperature?

Of course, you will say: what do you mean by your question? It’s very easy!

I will tell you, I mean, when someone complains that his body’s temperature is hot, you will ask him and will understand from him how severe the heat is. In order to make sure that the temperature is measured correctly.

The most famous forms of measuring body temperature are four forms in general, well-known and famous

Oral measurement is very well known. This is by placing the thermometer, whether the most appropriate mercury or digital, in the mouth under the tongue and closing the mouth for about a minute and then seeing the temperature afterwards.

This is the measurement of the temperature under the armpit. We put the device down then let it sit for a minute, and see the reading

If it exceeds 37.4 Celsius, which is equivalent to 99.3 Fahrenheit, we say it has started to rise.

This method is done with a dedicated ear thermometer, by which we measure the temperature. This is one of the easiest ways for a child up to 5 years old, because it is difficult to take a minute under child’s mouth or under the armpit.

The important thing is if it exceeds 37.8 Celsius, which is equivalent to 100 Fahrenheit, we start saying it has risen.

The mercury device is a little better, because it is more accurate, because the device with  battery can weaken with time and its results will be disturbed.

When is it necessary to go to the hospital in case of high temperature?

B) A child over 6 months old with a temperature of more than 40 degrees Celsius.

C) severity, It carries with it a lot like appearances

Here we must go to the doctor to diagnose the cause of the high temperature and treat the complications resulting from it, not just take a fever reducer.

Firstwe can deal with the patient by non-pharmacological treatment

The first thing you think about is to avoid dehydration. I mean, we advise the patient to take a plenty of fluids.

If the patient is old, it means that he should take not less than 60 ml of water every hour, because he will lose a lot of fluids.

If it is the patient is young, “under the age of 18”, it means that he should take not less than 30 ml of water every hour.

A person with a fever should not wear heavy clothes as this will make the situation worse. It is best to wear light clothes and not put blankets to warm the body.

Compresses are one of the most important things that people with fever should do it continuously.

The compresses are made with lukewarm water, not cold, notice, or hot.Cold water and ice may cause the body to shiver, which is followed by warming the body and a feeling of inducing relief, but then the situation will get worse.

Therefore, lukewarm water is the most appropriate choice that must be repeated several times throughout the day.

The most important question is where will we do the compresses?

You have 3 places, the most important places to make compresses for the sick person

Between the neck, under the armpits and under the thighs.

If the child, especially, has a very high temperature, he should take a bath with lukewarm water  because we are worried about the effect of heat on his nervous system.

With children, convulsions may occur with high temperatures. So the child must be taken to the hospital to treat the convulsions with “benzodiazepines”.

The last point remains, what are the most important medications that lower the temperature,

We will say at this point, and in general, they are two: Either paracetamol or NSAIDs.

But for safety, let us say paracetamol, especially for children, and ibuprofen is among all the NSAIDs because they are effective and less harmful to children, especially

They may be taken interchangeably, but the difference that we will focus on is the dose intervals

It is not permissible to give ibuprufen and between each dose and the second should be less than 6 hours.